keep seeing these passing through Barnsley bound for Carlton.
There must have been loads of these in service with TWM 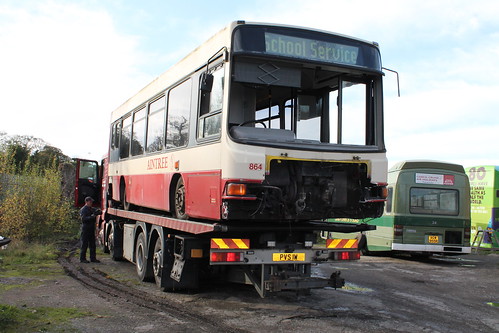 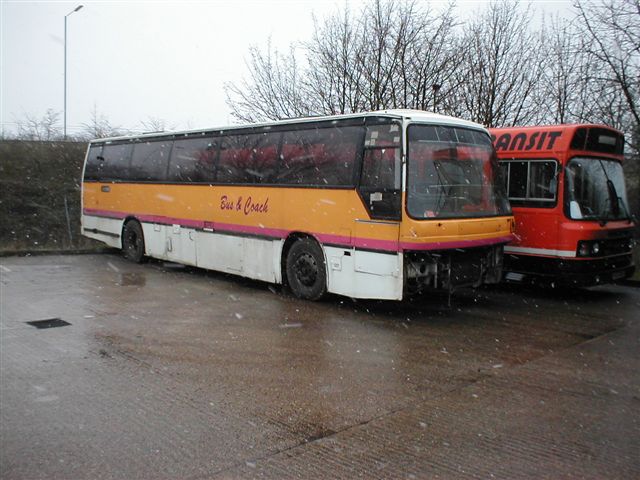 A handful of Luton & District vehicles were dumped in a row at Luton & District’s Castle Street garage on June 24th 1991. These included 769 (XBD 769J) one of the series 2 Bristol VRs that had been rebuilt to series 3 specifications by United Counties. Fellow Flickrite nolowfloors tell me that this vehicle, following withdrawal by LDT was donated to Luton Borough Council for conversion to playbus, but as no sponsor could be found it was subsequently sold to Whiting, Carlton for scrap in July 1991.

After some extremely hard thoughts and many persuasions against Leyland Olympian L162s (D162FYMs) survival the choice has finally been made to keep her and restore her to her former glory. This is a big project probably one of the biggest a typical bus owner would even go near but we thought it’s dual door it’s ex London why not just keep it. We will over the next few weeks will be cracking on with loads of cleaning, re fitting seats upstairs and getting the engine and gearbox fitted by the end of the year. By the end of the year we would like most of the roof done and all mechanicals done to make her a driving near road worthy bus again. The engine we have will be fitted to 162.

BUSES IN SCRAP-YARDS
Blog at WordPress.com.