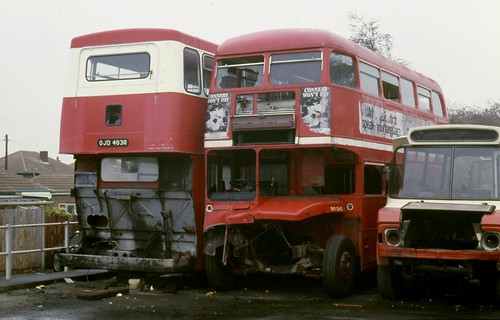 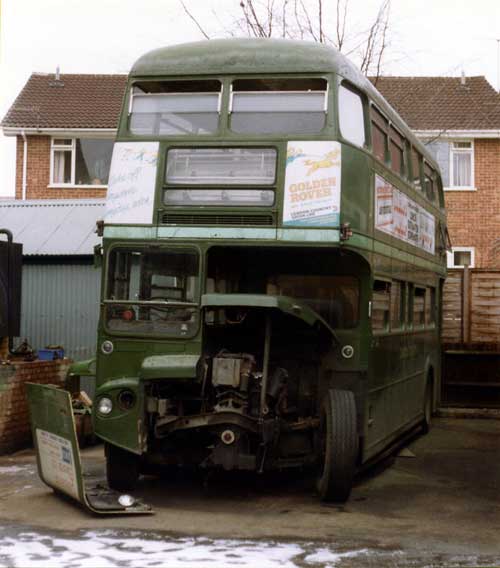 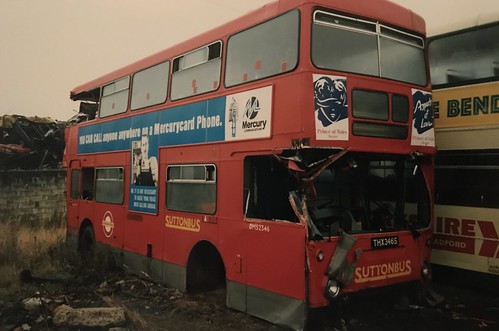 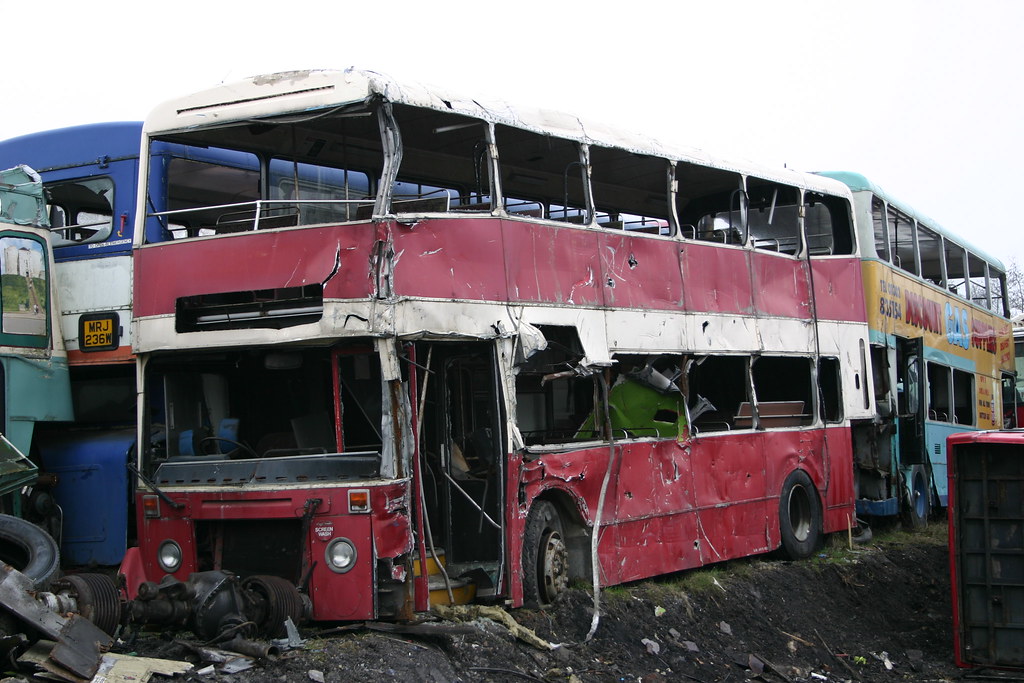 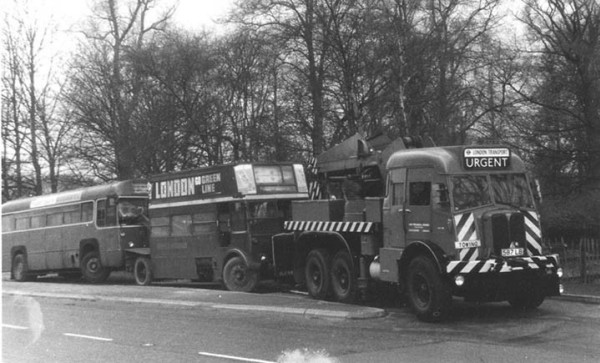 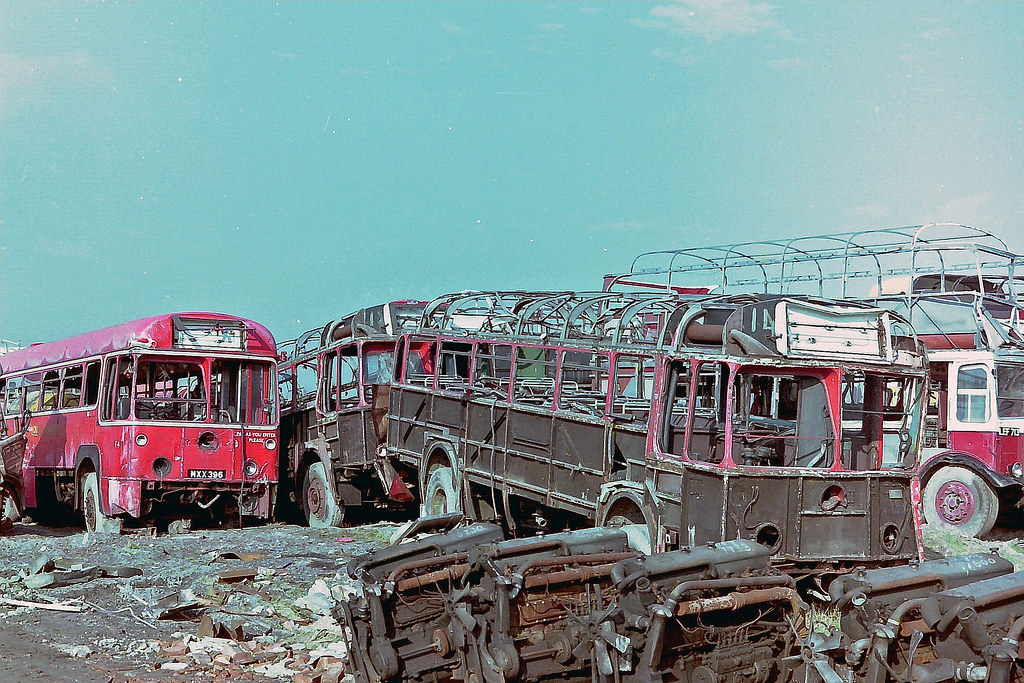 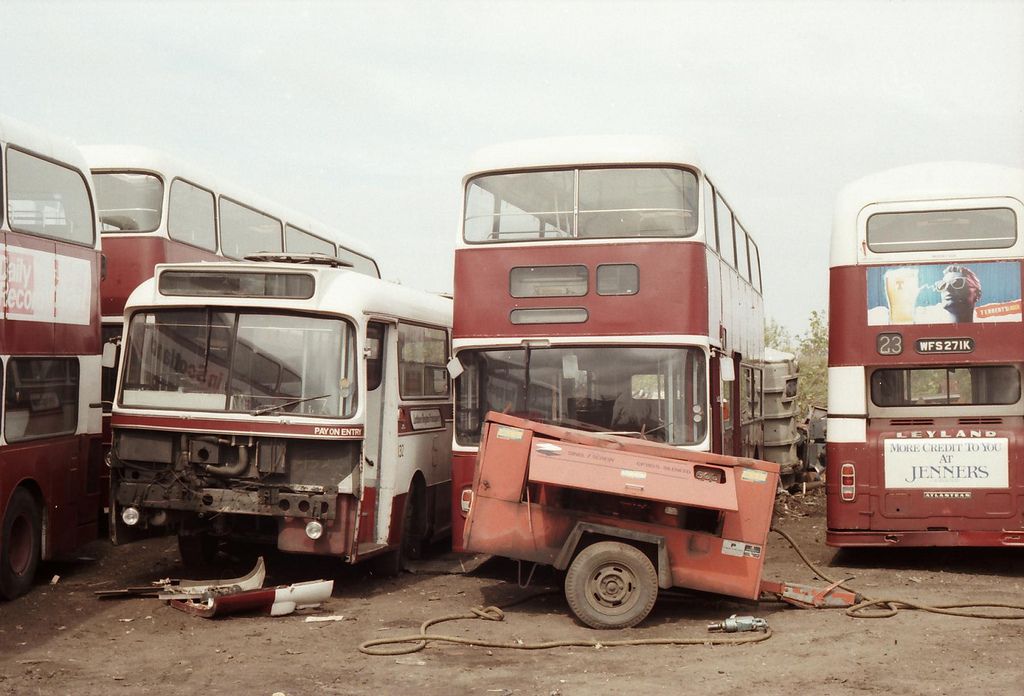 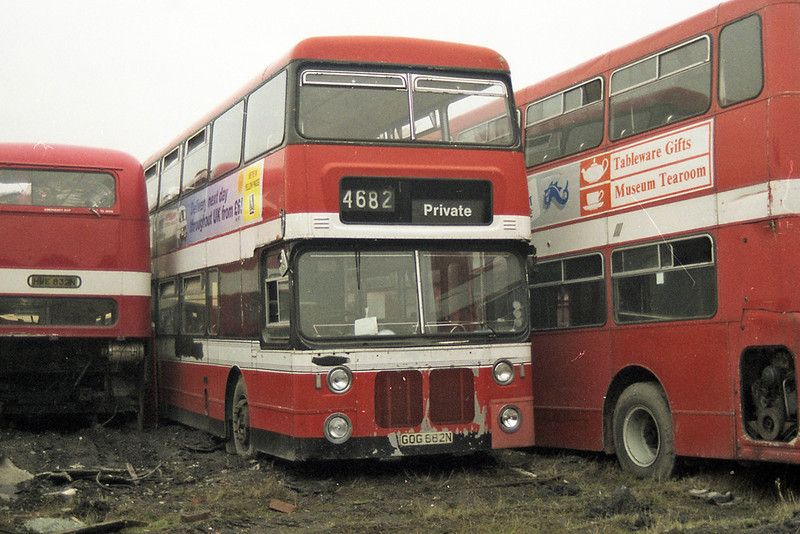 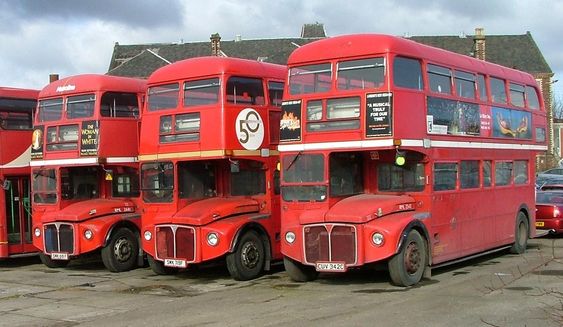 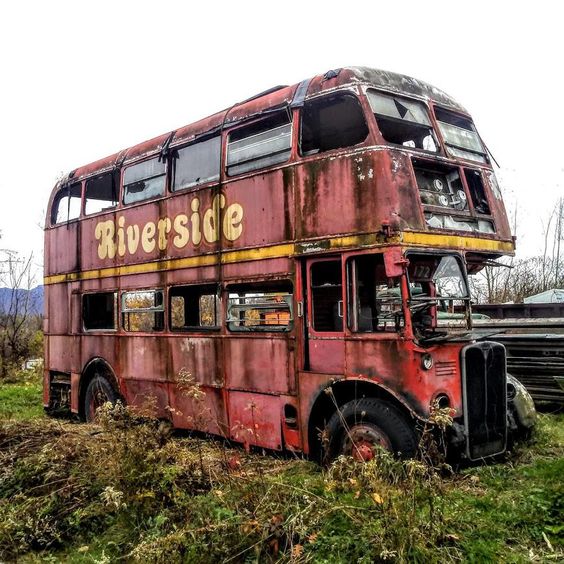 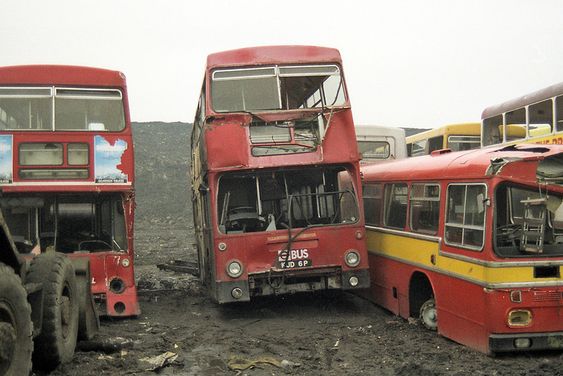 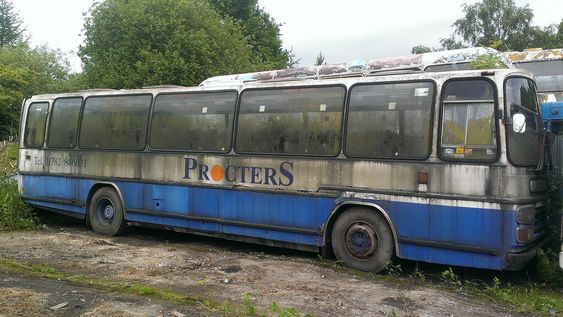 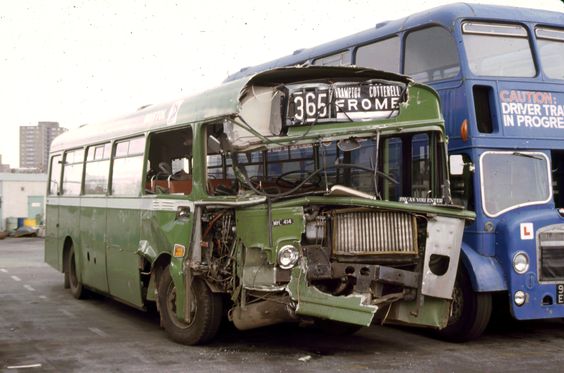 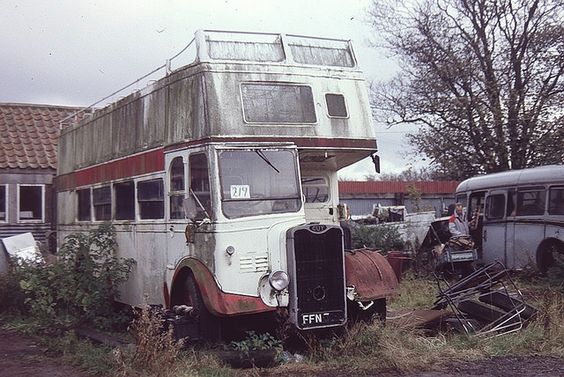 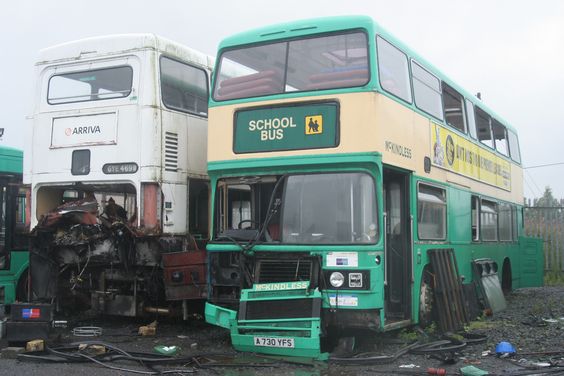 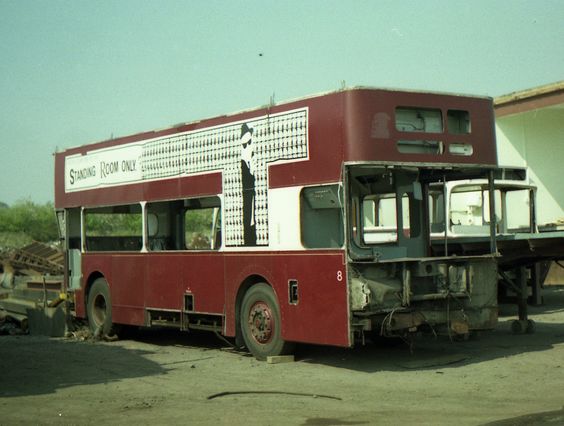 VDF 519S was a Bedford YMT with Duple bodywork and new to Warners Coaches of Tewkesbury and latterly with Hats and Herts Coaches of Hatfield. It is seen at a Hertfordshire scrapyard on 24th December 2002.PhotosComments

Iconic yet thought provoking images of abandoned Iraqi Double Decker Bus carcasses scavenged for spares in 2003.Established by the British in 1938, the Baghdad bus service was one of the first of its kind in the Arab world and was famous for its Red Double Deckers. Prior to the 1990 – 1991 Gulf war, Iraq purchased its double decker buses from Britain.However, following the war’s they began to buy Chinese ones. Here from the 1,500 buses imported, there were only 50 left running across the city.

It was scrapped by 1994 not long after the photo was taken.

The contract to operate route 195 was awarded to London Buslines from 12th April 1986. Second hand ex-LT DMS’s were used, in a bright yellow livery with brown relief. Former DM1041 is seen in Southall on 19th April 1986, having joined its new owner earlier that month after two years in storage with LT. In July 1987, the bus received a black all-over advertising livery for Hitachi. It passed to London Buslines in September 1990, moving on to The Big Bus Company, with whom it was exported to Philadelphia, USA in June 2003.

BUSES IN SCRAP-YARDS
Create a free website or blog at WordPress.com.